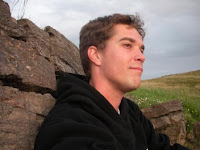 Jeff Provine grew up on his family’s Land Run farm north of Enid, Oklahoma. He published his first novel, the steampunk Celestial Voyages, when he was 19 years old. After completing his Master’s, he began teaching Composition, History, and, an original class he developed, The History of Comic Books. Provine began the OU Ghost Tour on Halloween of 2009, which has become an official tour for the university and prompted him to begin writing collections of local folklore. He has since published Campus Ghosts of Norman (2013), Haunted Norman, Oklahoma (2014), and Haunted Guthrie, Oklahoma (2015). Provine also writes fiction, such as his young adult Dawn on the Infinity, and maintains an online presence with his webcomic, The Academy, an alternate history blog, and very short stories on Twitter.