When: Saturday, August 10, 2019
Business Meeting begins at 10:00 a.m.
Speaker Meeting begins at 11:00 a.m.
Feel free to attend both or just the speaker meeting.
Where: Downtown Norman Pioneer Library
225 North Webster
Hope to see you there, and bring a friend! 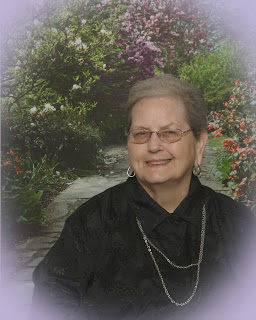 Award-winning author Barbara Shepherd  will be presenting,“Secrets from the Contest Queen,” and answering the question: Why should anyone enter writing contests? She will share tips on what to enter and in which categories, what not to enter, why rules are so important, how to handle critiques, how to make the best use of your time, and forms she designed to keep track of submissions, contest entries, and awards.

Barbara is the recipient of more than 350 writing awards in local, regional, national, and international contests for fiction, non-fiction, screenplay, stage play, and poetry. She is the 2019 Poetry Society of Oklahoma Poet Laureate, has won the American Christian Writers’ Writer of the Year (twice), received a Readers Choice Award from miller’s pond, the Bonnie Speer Crème de la Crème award from Norman Galaxy of Writers (two years in a row), and a Crème de la Crème  award from Mid-Oklahoma Writers. She has been a Finalist for OWFI’s Crème de la Crème award ten times, won the Rose State Writers Conference 2016 Outstanding Author award, and was the 2017 Poet for Oklahoma State Fair’s Voice of the Fair. Her stage play received an award and was performed in the Stillwater Short Play Festival. She is also a Woody Guthrie Poet, a former Nominee for Poet Laureate of the State of Oklahoma, and an Honorary Life Member of Oklahoma Writers Federation, Inc. Her website is: www.barbarashepherd.com

Her books include: River Bend, The Potbelly Pig Promise, Voices in Time, Vittles and Vignettes, A Centennial Celebration of Oklahoma Stories, Imagination Turned Loose, Beads on a String -- Peace, Joy, and Love, and Patchwork Skin. She is also published in anthologies, literary journals, and magazines.